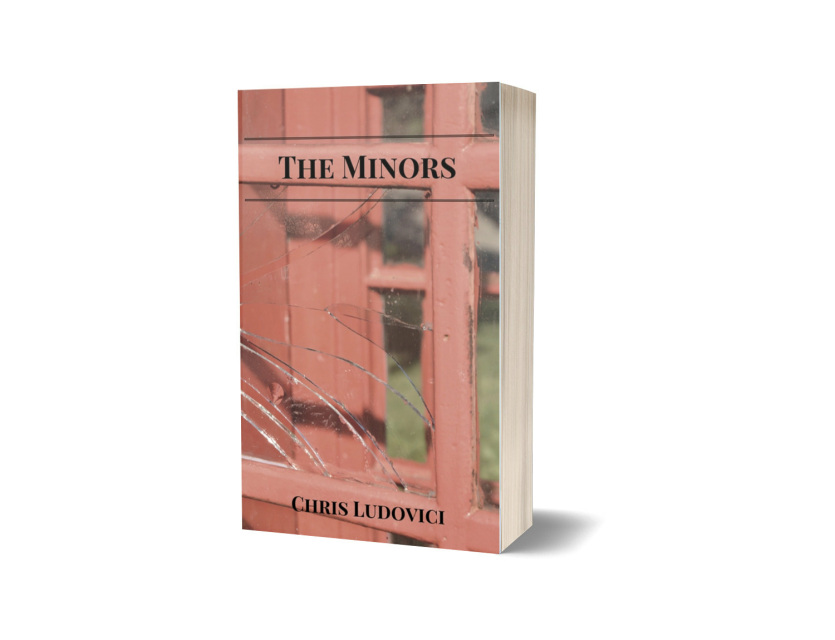 The Minors by Chris Ludovici

The Minors tells the story of introverted sixteen-year-old Samantha Heller and her friendship/unrequited crush on the contractor fixing up her family’s house. Sam’s world is thrown into turmoil when her beloved father abruptly announces that his job is transferring him to Chicago effective immediately and the whole family will join him when the school year is out. Until then, Sam is stuck at home with her mother, who she clashes with frequently. Heartbroken at having to move, but intrigued with the freedom that comes with knowing she’s leaving, Sam explores the upsides of living in a world with no tomorrow.

The contractor (and equally important co-protagonist) is Nick Masters; he’s twenty-eight, a former minor league ball player, and misanthrope. Rootless and restless, Nick lives with his Aunt, drinks too much, mistreats the (young) women who date him, and generally is not that pleasant to be around. Frankly, he’s an ass. But he’s cute and a little smarter than you’d think so he’s managing to get away with it. Barely. Nick finds himself useful at the Heller residence, playing the role of driving instructor for Sam, but as time goes on and he becomes more enmeshed with Sam and her mom: he becomes friend, therapist, and surrogate father/husband. But his involvement with the family changes when he sleeps with Sam’s mom and he finds himself in well over his head with a self-destructing family and a young girl who suddenly hates him, but won’t let him just walk away.

Also available on Amazon as a print copy and ebook.

Praise for THE MINORS

"An achingly tender and occasionally uncomfortable coming-of-age story with wonderfully textured and beautifully flawed characters. Nick is the kind of character I love to hate, but Ludovici's masterful writing has you fully rooting for him by the end of his journey from self-involved jerk to...well, less self-involved jerk. Pulled along in his wake is young Samantha Heller, pressing up against her own adulthood, trying her best to hurry it along as young women are so wont to do. This is a promising debut and I look forward to seeing what this new author has in store for us next." --B.A.

Ludovici creates a compelling portrait of two narrators still finding their place in the world: a self-involved teenage girl and a twenty-something washed up high school baseball player who never made it out of his hometown. His depiction of the young girl is especially on point, and the male narrator experiences true character growth through his interactions with the girl and her family. Scenes involving trauma are depicted thoughtfully and powerfully, which I find to be a key component in any book that includes that type of plot twist. As a whole, this book will grab you and not let go. And if you’re a music fan, keep an eye on the chapter titles; you’re in for a little bonus treat. -- Margaret T. Morris