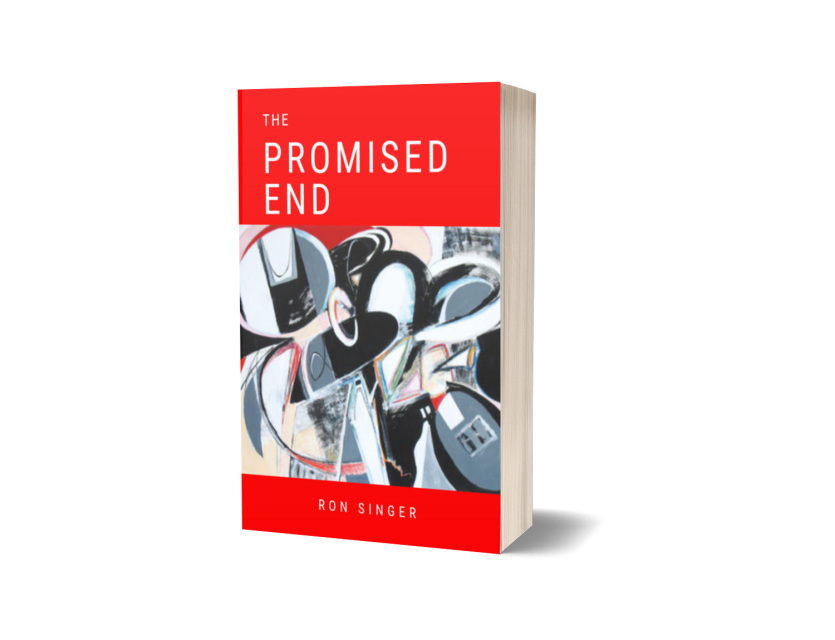 The Promised End by Ron Singer

THE PROMISED END is a collection of stories, long and short, about mid-life, old age, and thereafter. The title echoes a cry of pain from KING LEAR. In Singer’s vision, pain is both ubiquitous and funny. To compare his protagonists to characters from LEAR, some are like the suffering old men, Lear and Gloucester; others, closer to the whimsical Fool; some, witty villains, like the bastard, Edmund; and still others, hybrids.

Each of the three stages features its own eccentricities and predicaments. Experiencing a mid-life crisis, for example, is a vacationing New Yorker who has sex with a teenager at a dump in Maine. An elderly man travels to a fictional African country, where he encounters two of his building’s former superintendents, a political dissident and a gun runner. After death, a character whose avocation was shopping is reincarnated as a highway advertising display.

To introduce one of these unfortunates, “Mr. Peavis was a fussy eater. Everything had to be just so, or he simply could not eat. Furthermore, his fussiness was of an unusual type: each meal of the week had to be a different color. On Wednesday nights, for instance, he had his red supper, which might consist of tomato soup, red meat, cabbage (red), watermelon, and red wine. What is more, the table service had to be the same color as the food: red plastic cutlery, plates and cups; red paper napkins and tablecloth. Ketchup was the condiment on Wednesday night —no mustard or mayonnaise.”

Enjoy a Reading by Ron Singer

Ron Singer’s books never disappoint, whatever genre he chooses.  This group of short stories shows readers mid-life, old age, and the future with power, tenderness and humor.  Singer masterfully navigates through the mundane of every day happenings or unusual occurrences in an exceptionally entertaining style.

Each story is distinct and memorable.  From the ramifications of garbage to the fullness of silence, readers will enjoy the journey.  I smiled reading of imaginative fun with food obsessions and a fussy man searching for a new barber.  I sympathized with a story of criticisms that cut to the bone and took a vicarious, adventuresome trip to Africa.  And I worried for the final outcome when an innocent oversight and exchange of emails between American tourists and a Turkish hotel owner trigger a frightening investigation in both countries.

Singer nails the ambiguities of life and the vicissitudes of aging with words that sing across each page of his latest book.  The Promised End is a satisfying read, written by a master story teller.  Highly recommended.
​
--Laurel Johnson for Midwest Book Review