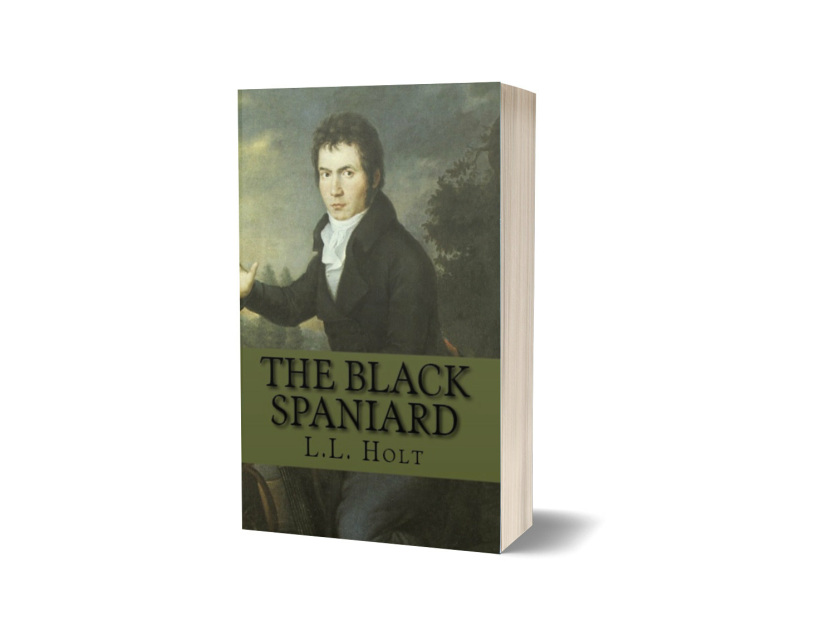 The Black Spaniard by L.L. Holt

A passionate musician from the provinces arrives in Vienna in the early years of the Napoleonic era. Dark and exotic, he captures the hearts of music-lovers, but cannot win the one woman he loves because of class differences. As a second love, perhaps the greatest of his life, eludes his grasp, he realizes he is also losing the one sense no musician can live without: his hearing. Driven nearly to suicide, Luis places his hopes in the triumph of a hero who will save the human race and dissolve the obstacles placed between people by prejudice and class barriers. Yet as Napoleon shows his true colors, is Art itself the path to salvation that Luis seeks?

A fresh, entertaining view of Beethoven for young readers and adults alike. Told in semifictional style, it focus largely on his early triumphs in his twenties as the champion piano virtuoso of Vienna's music scene. The 'black Spaniard' refers to Beethoven himself for his dark complexion and black hair. He's called "Luis" instead of the German "Ludwig," and he's fairly likeable, his famous tantrums are toned down. We follow him through the onset of his tragic deafness and the composing of his heroic Third Symphony. In this story, the black Spaniard is the real hero.

A gripping tale that turns the tables on our expectations about Beethoven. What, if as so many believe, he was Black? What if he was a revolutionary in the Illuminati and Freemasonry? What if the Immortal Beloved was someone we never expected? The novel blends factual information with flights of imagination and fancy to present a compelling portrait of the composer during a dozen years in which he first arrived in Vienna and learned he was losing his hearing at an alarming rate. An inspiring story for all who seek to overcome prejudice and oppression and never to surrender their ideals.