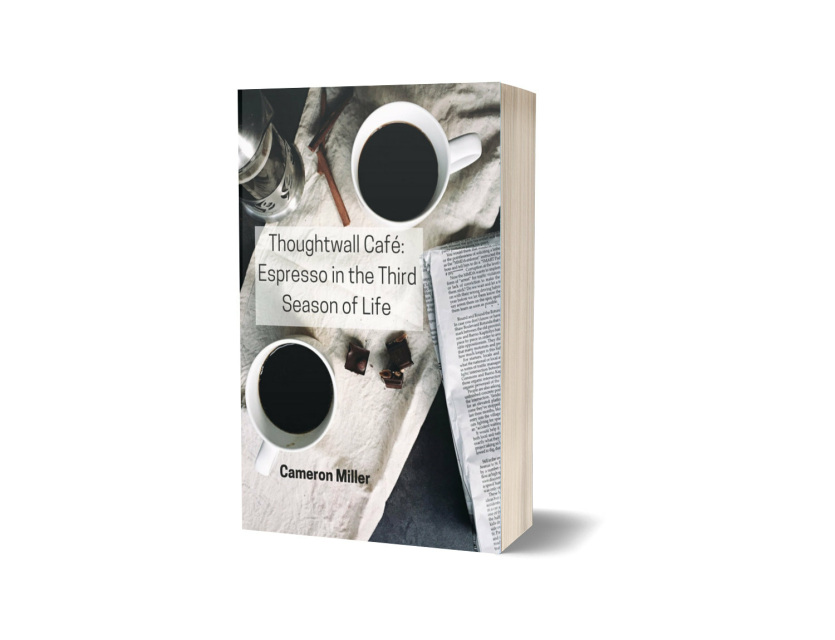 THOUGHTWALL CAFÉ -- Espresso in the Third Season of Life​, is written about millennials for millennials, and every generation now looking back at their twenties. It is a turbocharged twenty-first century update of The Fall, by Albert Camus, but it is retrofitted for today’s twenty-somethings to do battle with those pernicious conundrums of the mind even Socrates and Freud fumbled.

Cressida Fruith, who changed her name in high school from Ruth while pulling an Emo persona over her life, is coming apart at the seams. An only child of a single parent with no extended family, she watches helplessly as her mother’s cancer progresses. Even the friendship of her oldest and best friend begins to fray. Enter Hobart Wilson, a much-maligned outcast stoner from her high school days. He infuriatingly becomes her mother’s closest companion, and confessor of a secret so dark and violent it will change Cressida’s future.

Harrison Jordan was Cressida’s high school buddy, then sweetheart until he discovered she was screwing other guys. Eventually their friendship resumed and now in their mid-twenties they are one another’s anchors. Harrison leads the charge to breach thoughtwalls that plague his thoughts and those of any reader that struggles to make sense of the world. Stuck in a dead end job at a bookstore, the gravity of his days becoming unbearable, he suddenly catches sight of Wilma Nester. She is a Ph. D. candidate in ornithology and already has a boyfriend, but that doesn’t matter.

A peculiar ensemble of friendships that include bipolar Carl Prichard, aka “Google,” his girlfriend, Wilma’s secretly troubled boyfriend Bernie, and several other café regulars pepper this narrative with suicide, offbeat spirituality, a little sex, and copious amounts of humor.