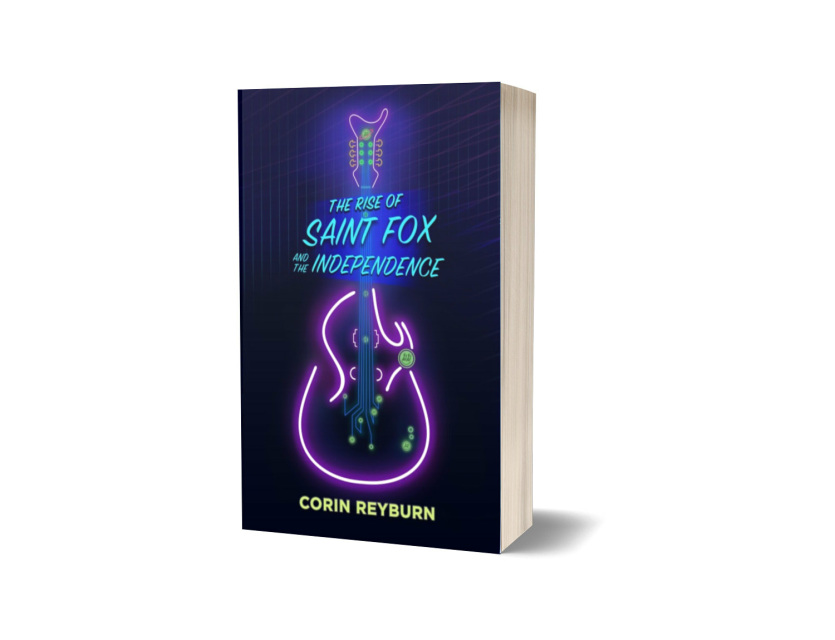 THE RISE OF SAINT FOX AND THE INDEPENDENCE by Corin Reyburn

​The rock band Saint Fox and the Independence is the key to taking back economic freedom.

​In a near-future London, eccentric revolutionary Janus Jeeves is the leader of the subversive organization the Arcane Society. When he recruits a charismatic drifter named Sam to headline a band that serves as a front for the Society, the group’s soaring popularity draws supporters by the thousands. ​

With the youth of the nation on his side and a biotech weapon that will revolutionize commerce, Jeeves will at last see his plan fulfilled: To reset a corrupt financial system and eliminate the wealth gap—without violence. Or so he believes.

Puppeteered by Jeeves, Sam is more than willing to champion the cause as Saint Fox—the honey-voiced, incendiary idol of the revolution. But before he knows it he’s a wanted criminal, with millions of devoted followers looking to him for their next move.

No war is without casualties.