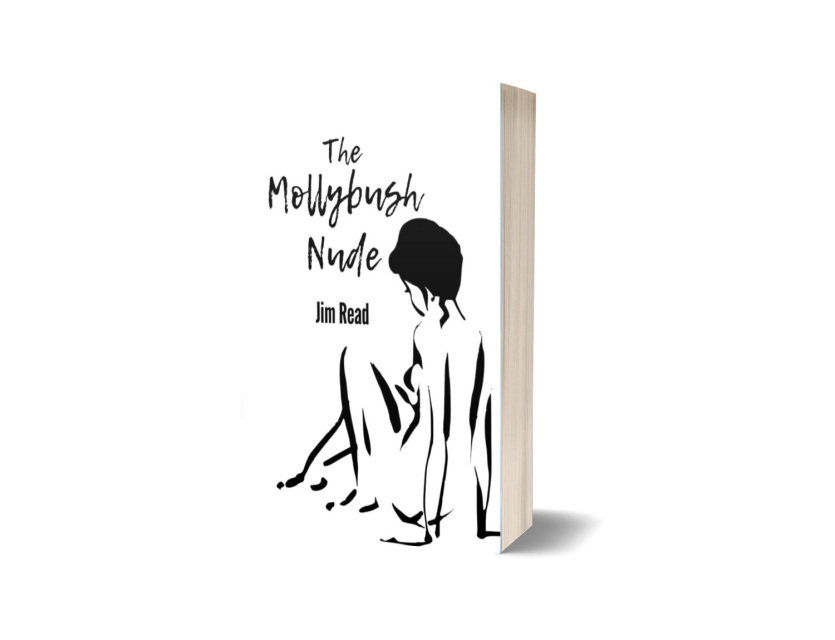 The Mollybush Nude by Jim Read

Sales have dried up. A respected painter of landscapes realizes that he’s treading frightfully near the abyss of irrelevance. Responding to a suggestion from an art gallery owner he embarks on a mission to paint nudes. Jim Read’s THE MOLLYBUSH NUDE asks the deadly question: what could possibly go wrong?

The artist Bill Burnon, sixty-three and based in Toronto and Marion Barkley, a fifty-nine-year-old diner owner in the north Ontario village of Mollybush, are separated by six hundred kilometres of highway and they are as close as a butterfly dust on a spider’s web.Bill and Marion have loved each other passionately since they were seventeen and thirteen, but only in a limited measure: always a summer, a modest stretch of some months, shorter or longer depending on their unfailing ability to irritate the heck out of each other.

Bill begins his annual pilgrimage to his island in Lake Mollybush by asking Marion to be his nude model. She rebuffs him. Bill, shocked and hurt by her rejection, happens upon Libby Haller an enigmatic woman in her mid-thirties. Out of spite towards Marion he offers her the job of nude modelling.

Bill wrestles with the idea of switching to nudes. He procrastinates and vows to paint clouds. Unexpectedly, in the midst of all his doubts, a loving friendship develops between Bill and Libby.

Marion is not going to put up with that.

To paraphrase Anton Chekhov, if you introduce a rifle into the plot, at some point that rifle has to be fired.