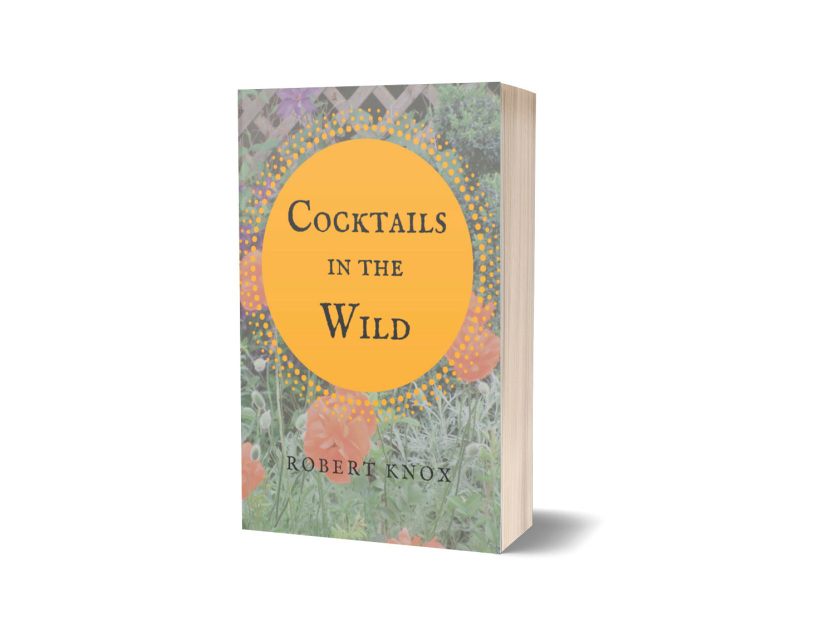 "Cocktails in the Wild" by Robert Knox

COCKTAILS IN THE WILD explores form wildly from couplets to long winding lines that swallow the reader up and transport them to a new place. A place for the senses. A place for the heart. Robert Knox toys with political and social conventions of today's modern landscape, and at the same time lets the reader revel in all of niceties of the natural world.

​Thoreau wrote, "In wildness lies the preservation of the world." In the poems of "Cocktails in the Wild," Robert Knox mixes lyrical reports on the way we live now, praise for civilized values worth preserving, and the occasional rant with an ear for the Thoreauvian thrum at the heart of things, to produce these "Cocktails in the Wild." The poems take us from a balcony in Beirut, a place of beauty, history and danger, to the grim seasons of the American 2016 presidential campaign. We place a phone call to India, view a squawking peaceable kingdom in Florida (mind the alligators lurking below), raise a glass in homage to Keats and Philip Larkin, and remember that the way things were is not a recipe for tomorrow, but a gateway to today. Let's walk through it to the wildness in ourselves.