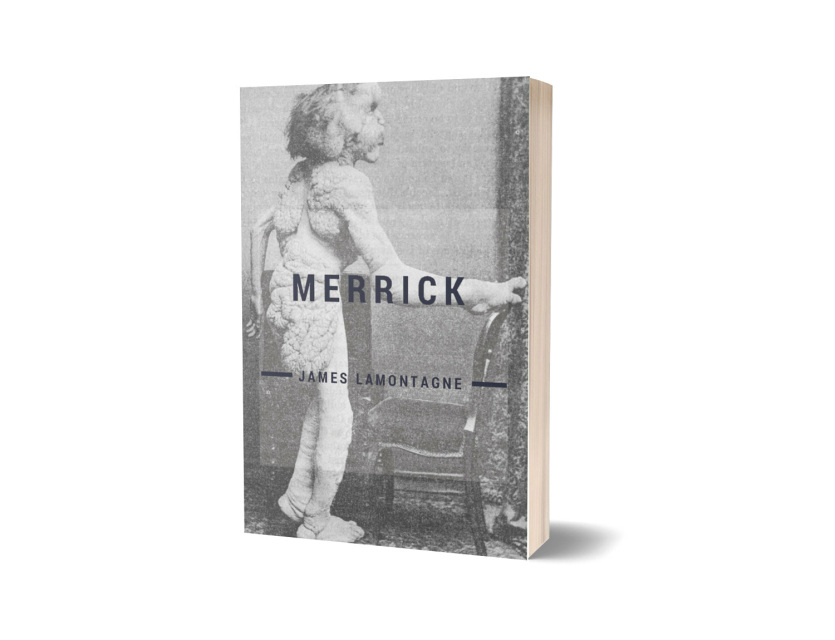 In the 1800s, a man named Joseph Merrick was put on display at a freak show for his physical deformities. It's no secret that he lived a rough life, with his mother dying at nine and his father shunning his for his physical appearance. Poet James Lamontagne took a serious interest in Joseph Merrick, and what was born is Merrick, a chapbook that considers the life of Merrick.