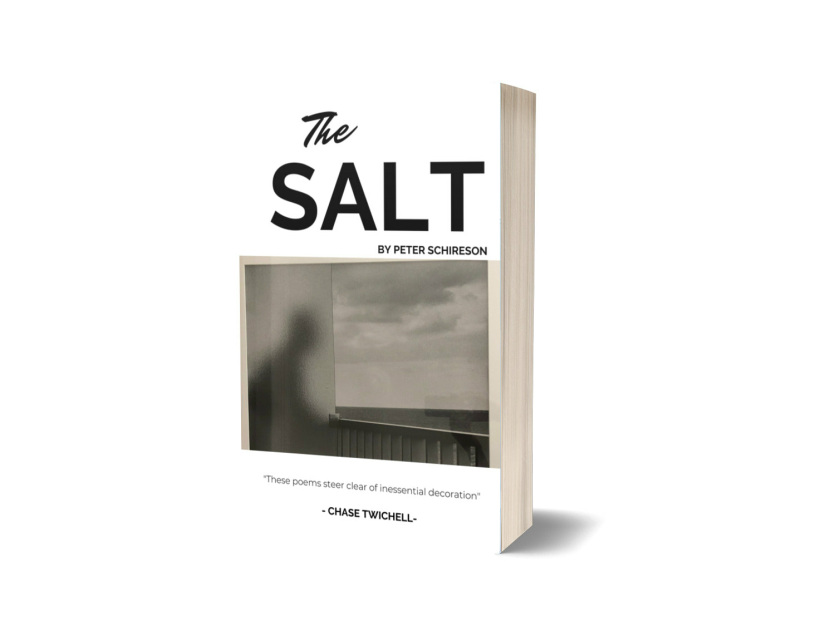 The Salt by Peter Schireson

Peter Schireson’s The Salt is a chapbook of 21 poems which touch on a wide range of subjects, including romantic love, the nature of the self, aging, and loss.

Peter Schireson began writing after a long career, first in education, then in business. His poems have appeared in Quiddity, Hotel Amerika, Painted Bride Quarterly, and Pleiades, among many other journals. His chapbook - The Welter of Me & You - won the Coal Hill 2013 Chapbook Prize. Peter holds a Doctorate in Education from Harvard University and an MFA from the Program for Writers at Warren Wilson College. He is also an ordained Zen Buddhist priest, having trained in both the U.S. and Japan. Together with his wife, Grace Schireson, he edited Zen Bridge: The Zen Teachings of Keido Fukushima.