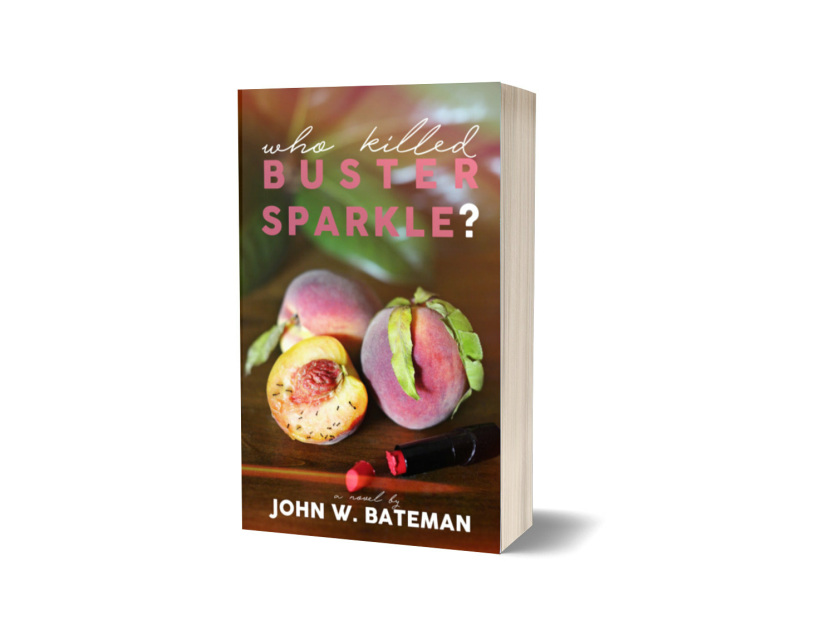 When a drag queen named Peaches meets Buster, a Mississippi ghost with partial amnesia, questions of past, present, and future surface.

Buster attempts to reckon with who he was and is in the presence of Peaches, whose gender-fluid identity perplexes him. Although he doesn't want to associate with Peaches, Buster realizes that he must push aside his biases to avoid eternal loneliness.

Who Killed Buster Sparkle? threads together dialogue on race, gender, orientation, and economics, showing oppression exists in many forms. Bateman masters the comic and gothic through two characters who need each other more than they understand.

Other Places to Find the Book
Ebook: Print Editions: ​
Add to Cart

Bateman has created great chemistry between the two lead characters as they solve the mystery as well as learn more about each other along the way.  There are many underlying storylines dealing with race and gender identity throughout the book that I found compelling.  Also, there is a death in the book that caught me off guard, which impresses me when an author can do that..."
​
— Tony Leggio, Ambush Magazine

#3 Raspberry Lane is the delightful convergence of the underworld and the queer underground of Clover, Mississippi. Here, possession takes on a new meaning, love has no color, and gender is gloriously spectral. In Who Killed Buster Sparkle?, Bateman has recreated the American South, making it tragically new and hauntingly utopian.

— Michael Carroll, Stella Maris and Other Key West Stories, and winner of the 2015 Sue Kaufman Prize for First Fiction from the American Academy of Arts and Letters for little reef and other stories

“...an exploration of loneliness, relationships, and the true meaning of family. Come for the intrigue and stay for the well-rounded characters that draw you into their complex lives.”

John Bateman’s fine first novel is not only a smart exploration of race, sexuality, class, and community in the New South, it’s an ingenious murder mystery where the unlikely detectives are a public-spirited drag queen and a ghost with amnesia. Original and entertaining.

“...witty, inventive writing... I predict nobody will ever kill Buster Sparkle. He will live on as a fresh and original movie at a time when we desperately need one.”
— Rex Reed, New York Observer