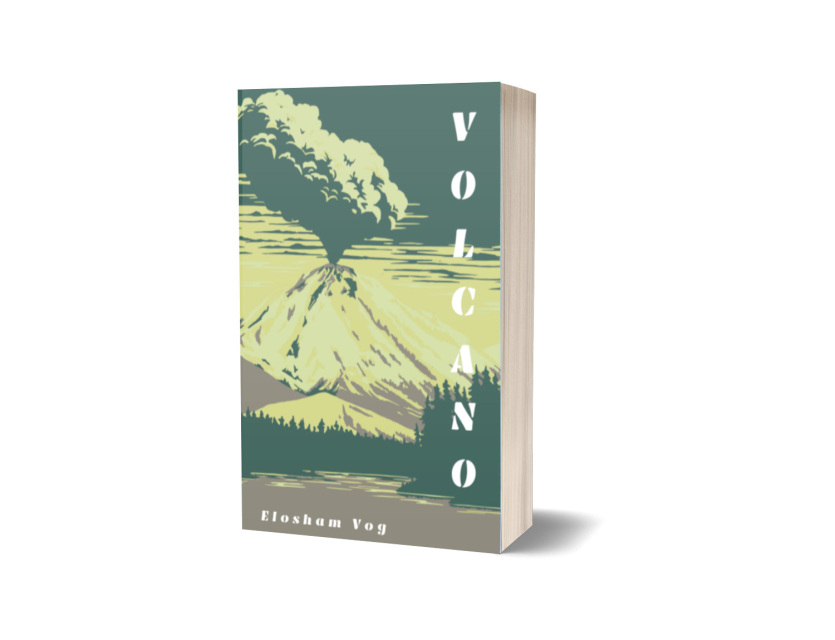 The poems in Volcano work together to tell a story. For his whole life, F’s unnamed lover has had a volcano growing inside him, fueled by experiences such as interactions with an abusive father and repressed queerness. As his relationship with F sours, the volcano continues to grow and eventually manifests as a physical reality. Fearing the consequences of the now-real volcano, he sacrifices F to it, believing he has solved both problems at once. However, F returns in ghost form and takes control of the volcano. Assisted by an army of shape-shifting spirits, she pursues the man around their island home until, eventually, he must face her. Though she is not given a voice in the text, Volcano is F’s story, conveyed and mediated through the eyes of the male character (and a chorus of divorced birds who comment upon the action). Set simultaneously in ancient Greece, contemporary Hawai’i, and the British isles at all points in time, Volcano is a reply to dominant narratives of relationships and gender in the “traditional” literary canon.