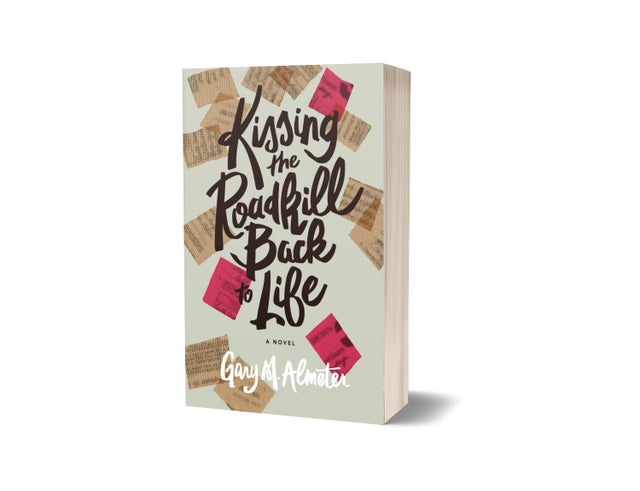 KISSING THE ROADKILL BACK TO LIFE by Gary M. Almeter

In this moving, sophisticated, and often humorous novel, Gary Almeter artfully crafts a group portrait of several families using the finest of details in seemingly mundane encounters and everyday events.

It’s 1982 and Gloria Winegar, a Brown University librarian, discovers that there aren’t many drawbacks to having an affair with JFK, Jr., a Brown senior. When she learns she’s pregnant with his baby, she tells no one but her best friend who shepherds through childbirth.  They leave the baby, a son, on the steps of a convent. The novel chronicles the next few decades of both Gloria and her son, who gets adopted by the most normal family in Massachusetts. How he learns who he is; how he discovers his mother; and what they each should or must do with their new knowledge is masterfully and beautifully written in a story that is a little bit espionage novel; a little bit bildungsroman; and a little bit historical fiction; all culminating in a beautiful literary sketch of a family. The book imagines the pre-public life of JFK Jr. and examines how much we know about him, and people in general, is illusory.

It is the story of identity, pedigree, blue collar versus Ivy League sensibilities, celebrity, authenticity, family, and self-care.  It’s about how small things evolve into big things.  It is a novel about nature versus nurture. It is a modern telling story of Arthurian legend and the mythic doomed (and triumphant) heroes who populate our world.