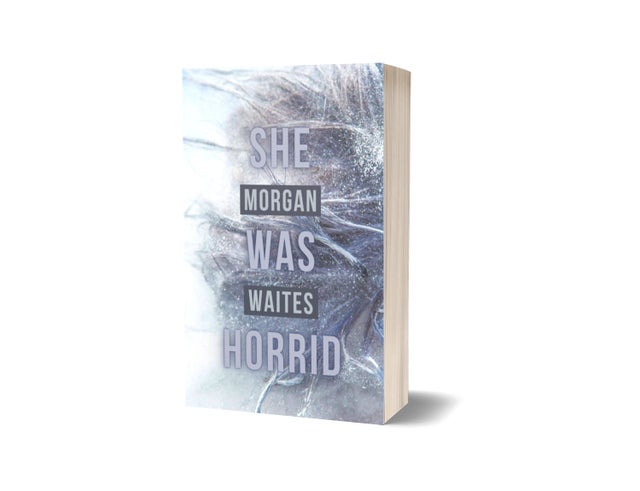 SHE WAS HORRID by Morgan Waites

Eve is a 27-year-old sex worker living in Portland, Oregon. She dabbles in escorting, prostitution, stripping, and any avenue she can think of for exploiting men. She has an eating disorder and daily existential crises, but is otherwise an altogether well-adjusted adult, thanks to her rather aloof mindset about her vocation and the fact that she regularly finds herself beneath strangers’ bodies. She’s moderately content with her compartmentalized, albeit unorthodox, life as she has her two good friends and regular coffee shop haunts and tiny studio apartment and is convinced she’ll be perpetually single.

But then she goes and falls in love with the new handyman at her apartment complex. Joseph is considerably younger and poorer than her usual client. But he isn’t a client, and that’s precisely why he’s so dangerous, especially considering Eve has sworn off love forever. When her feelings go unrequited, she proceeds to get stuck in a cycle of self-destructive behaviors and eventually winds up in a sadomasochistic arrangement with a controlling rich man named Lance. With the help of her friends and being forced to confront her own inner demons, Eve finally claws her way out of the mire she’s made for herself and perhaps even learns a thing or two. Or perhaps not.