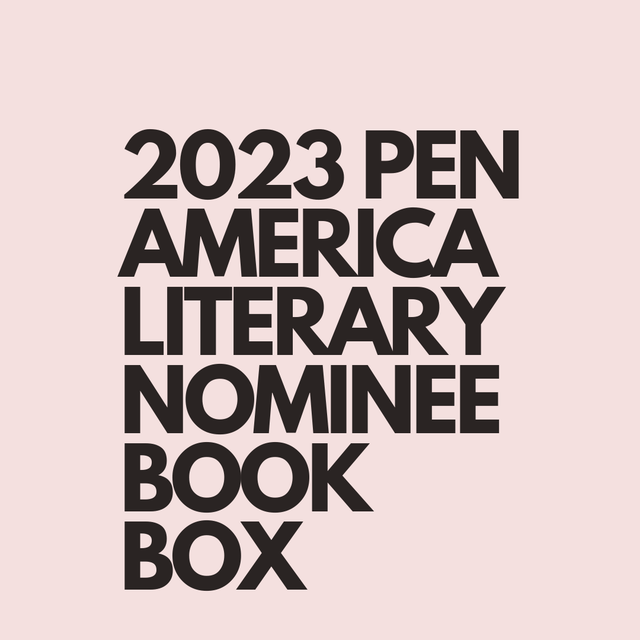 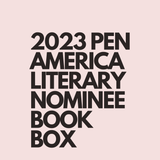 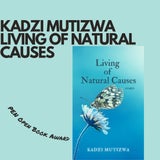 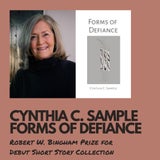 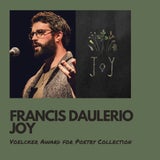 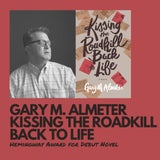 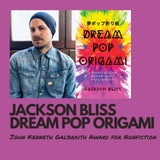 In honor of the 2023 PEN America Literary Awards, we are offering a book box with all five authors' books (for a limited time only).

Forms of Defiance presents a broad variety of people caught in the complexities of their humanity, revealing their narratives, even to themselves according to their peculiarities – Bible concordance entries, playlists, poems, diaries and others – while dissecting the human complexities they are experiencing, and making choices about them.

Who says a coming-of-age saga can’t extend well into your thirties? In these 12 humor-laced personal essays, Kadzi Mutizwa (a midwestern New Yorker) reflects on her trajectory as a high(ish)-functioning outlier. Themes taken up include mounting self-awareness, facing your foibles and failures, not giving up while becoming more measured about giving in, sucking at yoga, and gradually rising into your full authenticity. All this from a woman who, among other things, refuses to wear makeup. Living of Natural Causes is about recognizing how complex each of us are and should be.

KISSING THE ROADKILL BACK TO LIFE / GARY M. ALMETER

It's 1982 and Gloria Winegar, a Brown University librarian, discovers that there aren't many drawbacks to having an affair with JFK, Jr., a Brown senior. When she learns she's pregnant with his baby, she tells no one but her best friend who shepherds through childbirth. They leave the baby, a son, on the steps of a convent. The novel chronicles the next few decades of both Gloria and her son, who gets adopted by the most normal family in Massachusetts. How he learns who he is; how he discovers his mother; and what they each should or must do with their new knowledge is masterfully and beautifully written in a story that is a little bit espionage novel; a little bit bildungsroman; and a little bit historical fiction; all culminating in a beautiful literary sketch of a family. The book imagines the pre-public life of JFK Jr. and examines how much we know about him, and people in general, is illusory.

Joy is the new full-length collection of poetry by Francis Daulerio, author of If & When We Wake, Please Plant This Book, and With a Difference. Beginning with one pregnancy and ending with another, Joy examines the ways in which we keep ourselves alive, centering around the birth of Daulerio's first child while coping with the loss of friend and collaborator, Scott Hutchison. With a foreword by acclaimed author Maggie Smith (Good Bones, Keep Moving), and cover art by UK artist Helen Ahpornsiri, this life-affirming collection highlights what Bon Iver's Sean Carey describes as "Daulerio's relentless hope and love," encouraging readers to push through hardships to find their own sense of meaning.

Dream Pop Origami is a beautiful, ambitious, interactive, and engrossing lyrical memoir about mixed-race identity, love, travel, AAPI masculinities, and personal metamorphosis. This experimental work of creative nonfiction examines, celebrates, and complicates what it means to be Asian and white, Nisei and hapa, Midwestern and Californian, Buddhist and American at the same time. In this stunning collection of choose-your-own-essays and autobiographical lists, multiracial identity is a counterpoint of memory, language, reflection, and imagination intersecting and interweaving into a coherent tapestry of text, emotion, and voice. A stylized, modern retelling of Sei Shōnagon's Pillow Book!